I was going to start this by saying that I don’t like photos. But that’s not true anymore as I don’t mind them –  although I still don’t have an eye for good photos or the camera. In one of my conversations with Torera – a fellow lifestyle blogger I mentioned that I really needed some new photos.

She suggested and offered that I tag along on her shoot day. That sounded exciting, so I agreed. But more than twice I had to back down. The shoots were slated for Saturday morning and I either had conflicting schedules or the location was a bit too far to arrive early by 10 am.

Soon after, luck smiled at me as she picked a location that was pretty close to me. Although we aren’t fashion bloggers and it wasn’t a fashion type shoot, it looked to me very similar to what fashion bloggers do. It was an interesting one and here’s an analysis of the day – including my inexperience and naivety

For shoots, especially as a blogger you can’t just decide to shoot at any random location. So proper research must be done beforehand. I’ve realised that people save locations they spot on Instagram and possibly try to recreate similar photos taken at the location. For this shoot, we used the British Museum. After shooting there, we walked around the streets of London trying to find another decent location. All the streets looked the same to me pretty much.

But Torera was going for a certain vibe that matched her Instagram feed. And truly, when we finally settled on a spot we found another blogger shooting there as well – with her knee-length boots and designer bag. A couple of days ago, Sarah was also addressing the fact that locations were hard to come by and many decent cafes and spots in Abuja where she lives, charge a fee for shooting! I guess the rise of bloggers had led to the rise of more “instagrammable” locations with a pretty aesthetic.

This is a job in itself!

In fairness, Torera had asked me before the shoot to save up some inspiration and poses that I may like to replicate. But I didn’t fully grasp the significance of this. Posing can be hard. And if you’re not a natural at it, you must put in the effort. But apparently, you must also know what sort of poses you like. Torera’s husband who was very kindly our photographer of the day asked me – after a number of failed attempts at getting the right photo “so what kind of poses do you like – serious or more laid back and laughing?”. I hadn’t even given it that much thought. Surely I can be both?

He suggested I look through Instagram and find poses that resonate with me and the kind of vibe I want to give. He explained further that while he thought fierce and serious photos of his wife looked more stunning, she preferred to laugh in her photos. And you can see why.

I’m not completely naive. I know that many bloggers batch shoot. I didn’t always know this until fairly recently when a few fashion bloggers I follow revealed the secret. Essentially they take as much as 7 different outfits and shoot all in a day. This might also include change of wigs, makeup and shoes. And I guess it makes sense – maximising the time and opportunity to shoot as many. Bloggers have confessed to changing outfits in the most awkward places, or freeze so much in the cold to get an outfit shot without a jacket.

When Torera suggested this shoot, I had assumed this was what we were aiming for. But then she clarified that I should only “bring one outfit” as there wouldn’t be enough time to change into more. So I only had the outfit I wore: black turtle neck top on a black and white checkered skirt paired with knee-length suede boots, an oversize scarf and brown coat. At the last minute and before I left my house, I grabbed my mustard leather jacket as well thinking even if I changed just the jacket that might be a different look?

It turns out she had meant for me to bring one extra outfit other than the one I was wearing! So while she shot two outfits. I guess I had one and a half. A simple pair of jeans would have switched up this look totally. I’m pretty sure a typical fashion blogger would have at least had an extra outfit! Oh did I also say I forgot my makeup purse at home? What sort of blogger does that? So I dashed to the drug store for eyeliner and mascara. It didn’t look too bad I guess.

How did I think I was going to get them? It then made sense what Cassie said about her early days of blogging – how she’d go to events and beg photographers to take photos of her using her memory card. Similarly, when Torera said she was shooting in RAW so she could edit, I had no idea what that meant. She tried to show me how to edit using Lightroom but I didn’t quite grasp it. Lightroom is the editing app many bloggers use on IG nowadays and you may have seen people talk about “presets” as well which give your photos the same feel. Sometimes I think this is quite nice; other times I’m not so sure. Very kindly she agreed to edit the photos for me and sent via email. When she finally sent me the photos and asked if they were too “warm”, again I had no clue what this meant.

Don’t knock it till you try it

I had my reservations about fashion blogger type photoshoots. I thought it might be boring and a pain. And I wondered why people would enjoy internationally getting dressed and switching outfits mostly for the photos. In our case, we didn’t actually visit the British Museum – we just used it as a location. But I’ve learnt not to knock it till you try. I was very exhausted and hungry at the day and even more so when Torera said we might only get five decent shots from the entire day!

But it was fun. I actually enjoyed it way more than I thought and can see why others will. Asides providing inspiration to their audience, many fashion bloggers enjoy the process of putting prices together and simply dressing up – even if they have no place to go.

In all, it’s a lot of work that goes into these photos you see on the gram. So yes, you’re encouraged to support your faves as much as you can!

Obviously, there’s a whole other side of the coin – and the not-so-positive effect of fashion blogging. Such as an increase in materialism and consumerism, not keen on repeating photos, depicting a fake life and much more. in fact, I’ve noticed that many fashion retailers in the UK, now put the clothing labels at the from of their clothes. This must be a reaction to the common trend at some point of bloggers buying outfits to shoot, not taking out the label at the back and then returning the outfits.

But generally the good outweighs the bad – I hope!

I’m definitely ready to explore more shoots. I like the idea of change and being brave enough to do things I wouldn’t ordinarily attempt. So feel free to ask me out on a shoot date or let me be your muse. I’ll be praticing my poses in the meantime. So shout out to Torera again for this!

Will this be a real fashion shoot if I don’t share my outfit details?

What do you generally think of fashion bloggers – Yay or Nay? And do you enjoy photoshoots?

From Dating to Parenting: How my Love Language Has Changed After 12 Years

Weekend Notes X Links from Around the Web #18 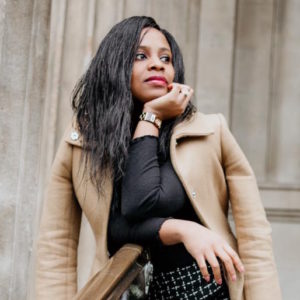 10 Tips to Improve Your Art of Gifting & How to Always Buy the Perfect Gifts!

How To Pose in Pregnancy Photos Without Showing Your Baby Bump!

Love You Boo… But Can’t Share your ToothBrush, Sorry!